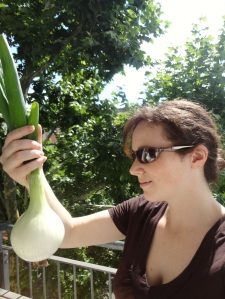 Why hellllo onion, I’ve never seen one that big…

“Ewww, that’s gross!” I said as Stacker opened a new bottle of milk this morning and poured out what looked like cheese curds in a watery white liquid. “Did you look at the date before you bought it?” he asked me. “Erm, no.. I forgot. But, dammit, I only bought it yesterday! Bloody organic crap…”

In our Berlin neighbourhood of Prenzlauerberg, I’ve so far spotted four organic/healthfood food stores within spitting distance of our apartment, including one that’s open 24/7 and one that’s supposedly the biggest organic supermarket in Europe. None of them are anywhere near as big as, say, a Whole Foods (or Whole Paycheck as our friend Snaps likes to call them) store in San Francisco or New York, but they also don’t have yards and yards of shelf space devoted to what I can only describe as “healthy convenience food for the upper middle class” – whereby I mean your hummus is already garnished, your organic broccoli ready-floreted, your locally-grown carrots are batonned and your carbon-neutral cantaloupe melon is chopped up into small bite-sized pieces. All of which are promptly put inside plastic containers and marked up with a processing fee – for your convenience, of course. Nope, the food in these supermarkets comes just as it does at the farmer’s market that happens weekly on the street behind our apartment – get your peeling knife ready and start thinking about what to do with those carrot tops… 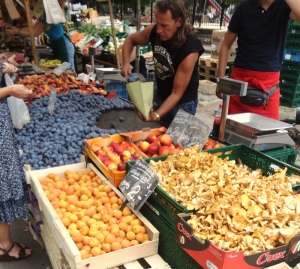 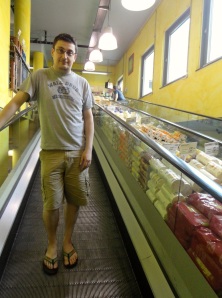 Impulse buys at the LPG Biomarkt – Jump on the travelator and grab those rice cakes!

It’s not just easy to find all-natural foods, the natural cosmetics industry seems to enjoy a much larger share of the market than in the other countries I’ve visited. No more digging in the shampoo aisle for something that has the least number of baddies in it, even the crappiest convenience store will often carry products from the main German “naturkosmetik” labels and you won’t have to pawn your grandmother’s pearls to pay for them. When our friend Shananalala visited from Switzerland, top of her list of things to do was to bag a bunch of natural beauty products at affordable prices. I ended up having to use every packing trick acquired on my travels to help her repack her suitcase so that she could carry it all home.

The all-natural, no-bullshit mentality isn’t a new thing, it seems. Back in 1516, then-Bavaria introduced the Reinheitsgebot or “Beer Purity Law” to prevent brewers from selling beer that contained unnecessary or harmful ingredients like soot (although I suppose soot could technically be classified as a natural ingredient!). Similar laws existed in Germany up until the 80s when foreign beer manufacturers appealed against them saying it unfairly discriminated against them because their beers had added sugars or used different grains. 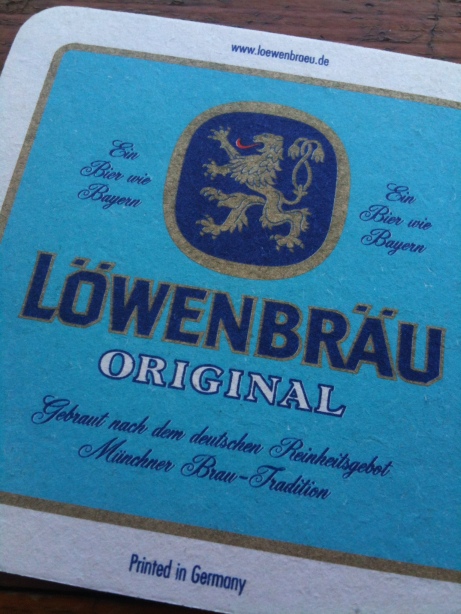 To this day, food additives enjoy only limited acceptance in Germany. Restaurants are required under German regulations to declare certain additives used in their dishes, even if that means dissecting and passing on information about the ingredients list of third-party products – for example tomato paste – that they may use. If you pay close attention to the menu you’ll often spy little footnotes and looking up an innocuous ¹ or ³ in the key at the end of the menu will reveal any additives, such as MSG or caffeine, that have been used in the dish. Whether by design or not, this promotes a culture of minimising the use of some additives as restaurants want to avoid having a menu that is heavily littered with footnotes.

Despite enjoying the additive-free culture, I couldn’t help but think that maybe my bottle of dodgy milk could have used a healthy dose of preservative like, say, soot. Yesterday on our way back from the office I’d had the crazy idea of trying one of the smaller “Bio Markts” that we hadn’t been to yet. After stocking up on veggies, I’d picked up the glass bottle of milk – from amongst quite a small selection – with a cute hand-drawn image of a cow on it. I tried to remember the last time I’d bought milk in a glass container rather than in a Tetrapak or plastic jug.

I had a similar thought as Stacker poured the clumpy milk this morning and declared it spoilt. Suddenly, deep in the fog of my brain a memory stirred of poking a knife through a layer of cream that had formed over the milk in the glass bottles that used to be delivered to our door by the milkman. Taking the bottle to my laptop, I transcribed the label into Google Translate and my suspicions were confirmed – the milk wasn’t homogenised. I found it amusing that the perfectly natural fact that cream usually separates out from milk had been almost totally erased from my memory by years of buying homogenised milk from the big UK supermarkets and that when confronted with it again we not only didn’t recognise it, we also found it somewhat unappealing. Pretty amazing what years of conditioning can do.

I still should have looked at the best-before date though – supposedly the milk goes off in two days. Bloody natural un-homogenised crap..